How My Dust Bunny Confronted My Playboy Bunny 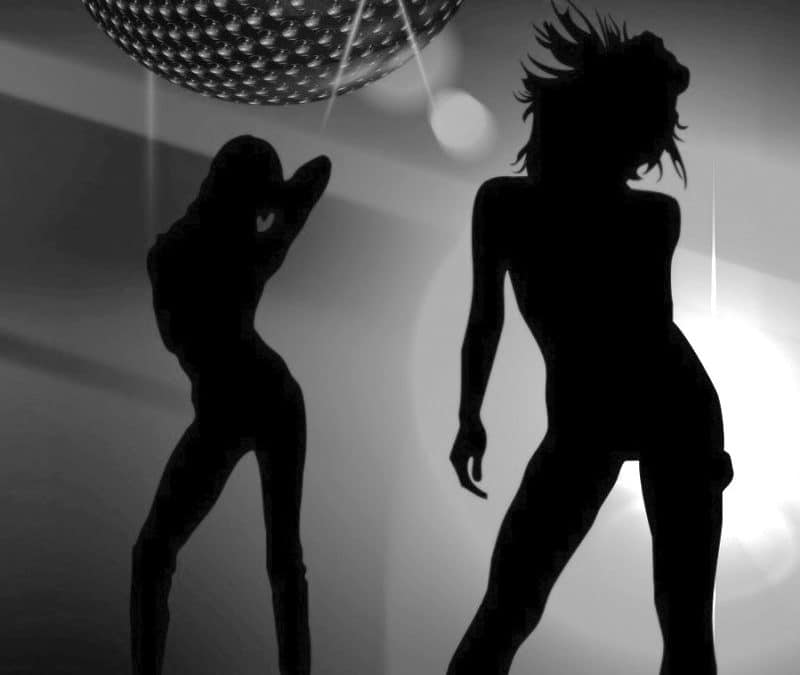 How does a blindsided woman reclaim her femininity and personal power when the man she loves chooses another? There are many answers to the century old dilemma. Betrayal is nothing new; it has been happening in relationships since the dawn of time. However, in my moment of time, I chose to go within and grow from the experience, rather than be taken out by it. Believe me, there have been many times that felt like I would be taken out by it; but a seed inside me kept wanting water, nourishment and sunshine to grow stronger because of it. There was a compass calling me to cultivate my dying garden, go within, and follow what Iyanla Vanzant refers to as, “P.A.I.N – Pay Attention Inward Now.” So I did.

Reinvention is the art of circumvention… what?  Did I hear that correctly? Circumvention, not circumcision, right?  These were the words that sprouted the next morning and rumbled out of my aura during meditation when I thought of; strangely, pole dancing. It became clear why the words flashed across my mental screen when I did a little digging and found deeper treasure hidden under the rich soil of my soul.

Truthfully, circumvention is not a word I use, and I had to look it up. Cir.cum.vent [verb] overcome (a problem or difficulty) typically in a clever and surreptitious way. Surreptitious is another one… Sur.rep.ti.tious [adjective] kept secret, esp. because it would not be approved of. Reinvent is a word I use often, but I’ll throw the definition in for good measure- Re.in.vent [verb] change (something) so much that it appears to be entirely new.

After diving into a new life; my personal definition of Reinvention is the art of Circumvention has become the following: Clever change that appears entirely new when secretly reconnecting to the lost parts of myself… i.e. My Body. For those of us feeling ravaged by pain, heartache, and dis-connection; it’s awkward to find our way back into our bodies as a whole and complete person again. Emotional pain can pull us out of being present, here and now.

Months ago I took a pole dancing class and I didn’t realize how much it would open the floodgates and put a spotlight on the lack of connection to my body I was suffering from. My body; the overlooked, last-on-my-list-of-priorities-part-of-me, was aching for attention. I had far too many issues at hand pulling my focus; like motherhood, food, finances and shelter, to take the time and honor my body in the mix as well. However; paying attention to it, was the the very thing I needed for everything to work harmoniously.

Years ago, my mother-in-law wanted to give me pole dancing lessons, but I never took her up on it. What did she know, that I didn’t? Was I really that out of touch with my body and eroticism? I had my moments of sensuality, albeit in between my daughter finally sleeping through the night and recovering from 6 miscarriages; but I felt sexy… sometimes. During those times, I gravitated toward comfy jammies, not sexy lingerie. And, quite frankly, six inch heels scared me.

After watching Sheila Kelly’s TEDx, about S Factor, I was intrigued. Pole dancing, the way she describes it, didn’t seem like my perception of sleazy lap dancing and feminine degradation for the hierarchy of men. It seemed like something that was speaking directly to the heart of my lost femininity. It was the lost art of sacred honor; more importantly, an honor I wanted to regain for no one, other than myself.

It’s the less than honorable ways of being toward ourselves that makes it easier to plow ahead and push aside emotional baggage. Yes, we don’t always want to take a closer look at the hardcore hurts, but if gone unchecked, the emotional baggage eventually turns into emotional land mines. At some point, the issues will find you, even if you don’t want to find them. So, I trudged forward, stayed open to another round of housecleaning and tried to find those emotional dust bunnies I missed under the couch. Turned out, those bunnies came looking for me… in the warm-up exercise at my pole dancing class.

When I walked into the dance studio, I was greeted by hardwood floors and white walls without mirrors. There were four poles standing sentry, various, soft-glow lamps, and yoga mats stacked neatly. Seemed safe enough.

I immediately loved my instructor and the ease in which she carried herself. There was a refreshing intrigue as she danced; owning her body, flaws and all. My inner voice went hush and I could hear a pin drop in the room. I felt something significant was about to happen. Either that, or I was being way to serious about it.

The six of us in class were like little chicks following Mother Hen; fumbling around to figure out how everything worked when walking for the first time. We started out with the lights low, stretching on our yoga mats. The music started and so did a rush of tears I couldn’t stop. I thought, Oh… this is interesting. I’m definitely in the right place if I’m having a reaction like this. The song was by artist, Ray Lamontagne, who reminds me of my ex-husband. His music triggered images I’ve been plagued by over the course of my healing. The, not-so-pretty ones of my ex-husband, having sex with the woman he dumped me for…. This is not something I like to share out loud, but is the universal theme that lingers and sits in the silence of spousal betrayal for all of us who have experienced it.

While the other ladies were stretching, I was doing the best I could in between dripping sniffles, and then it dawned on me. I wasn’t in my body, I was floating and fumbling around elsewhere. I was in my head, not my heart, and definitely not present and accounted for. The tears stopped, I wiped up the mess on my yoga pants as best I could and got on with it. Even though I was feeling like an unlikely character to be swerving and looping around the room; I found connection where there had been discord, love where there had been lack, and peace where there had been happenstance. All within the confines of my forgotten Self.

What a beautiful unexpected gift my body was warming up to. It was the chance to find greater movement in the rigid confines of my broken being. I started asking myself, How did life get to be so flat and full of frankness? How did I become so cliché? Why did the tears always feel like I would never get past the alter of my pain? The answer was an invigorating feeling of passing through the pathway of pity, and pulling myself toward possibility. Life is funny that way – the trickery of higher recognition when you least expect it. Only I felt the joke was on me in the absurdity of trying to circumvent my surreptitious behavior… Big Sigh.

I have found greater power in choosing an unpredictable response for healing my emotional wounds. It takes focus and loving dedication when moments of deep sorrow cloud reasoning. The commitment to go within, feel the feelings, and move through them, takes discipline. The residue of pain lingers longer when we don’t give breathing room for those emotions. I find the fortunate and flawless wonders of life to be brilliant, dashing and daring when cultivating more Self love.  I’m optimistic by the bewitching wonders of a dimly lit room, four pillars standing sentry, one floor mat, and a lotta flirtation with the new life I’m creating. This, below the surface of striptease, is what the art of pole dancing meant for me.

As Always, Ignite Your Light and Let it Shine Bright!